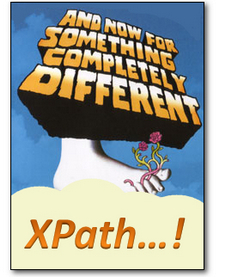 Now that we’ve learned enough about regular expressions, and because I get so many requests for custom filetypes I thought it might be useful to take a dip into the world of XPath.  So what exactly is XPath?
Well as far as most CAT tools go it probably is something completely different… certainly it was not used in the old Trados days.  But as a tool it’s nothing new and is simply a language used to find parts of an XML document and what’s more it’s a language that is recommended by the World Wide Web Consortium W3C.  So there is nothing proprietary here.
END_OF_DOCUMENT_TOKEN_TO_BE_REPLACED

If you were a user of SDL Trados 2007 or earlier you will probably be familiar with the concept of “Fields and Attributes”… if you are a new user to this kind of technology then you may not be.  But in both cases I hope this article will provide a little bit of useful information on how they are used in Studio.
I used a picture on the left of a filing system because this is how I see them.  They are simply a way to organise the translation units that are saved into a Translation Memory so that you can easily find them as your Translation Memory grows and your biological memory fails 😉
END_OF_DOCUMENT_TOKEN_TO_BE_REPLACED

This application, free on the SDL OpenExchange, has been around for about a year and a half and is one of the most popular applications on there.  It was written by Patrick Hartnett and is incredibly useful in more ways than one.  In fact it’s so useful I have referred to it quite often and used it for working around other issues in many of the articles I have written… so why haven’t I written specifically about it here until now?  The answer is I have no idea… but I should have done!  What prompted me to write now is that Patrick hasn’t released many updates to this tool, mainly because it did what was needed from the start and has been a really reliable and useful application; but he has released an update this week.
END_OF_DOCUMENT_TOKEN_TO_BE_REPLACED