Whilst SDL Trados Studio 2011 SP2 incorporates the ability to export and import Word documents for review the application originally developed is still available and working (in fact SP2 has an updated version).  @jaynefox wrote a very nice blog post about how to use the SDLXLIFF Converter for Microsoft Office that is available for Studio 2009 through the SDL OpenExchange (now RWS AppStore) and is installed with Studio 2011 in the program group.  So I thought it would be interesting just to note what the different options are for this application.
But first I’ll just confirm where you find it.  If you have Studio 2009 you get it from here (click on the image): 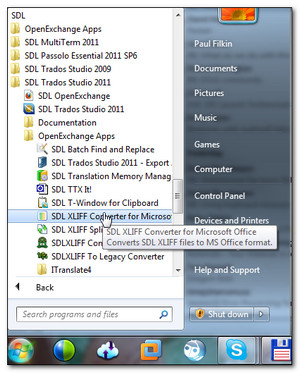 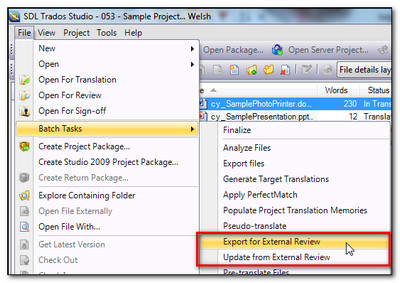 Studio has the concept of projects, which can be a single file in one language pair or multiple files being translated into multiple languages.  By clicking on the “Load files from project…” button or by dragging the *.sdlproj file from the project folder into this first window the application will add all the *.sdlxliff files in the Project for conversion.  So this could be hundreds of files in multiple folders and they are all handled in one go with the converted files placed into the same folders as their respective *.sdlxliff files.  This may not sound that impressive, but I think it is, so I created a quick video just to show you what I mean:


The same thing works in reverse so as you get your reviewed files in Microsoft Word back, by placing into the same folders you can import them to update your translations after review individually or as a complete project in one go.
If we go back to the settings tab then and take a look at the options. 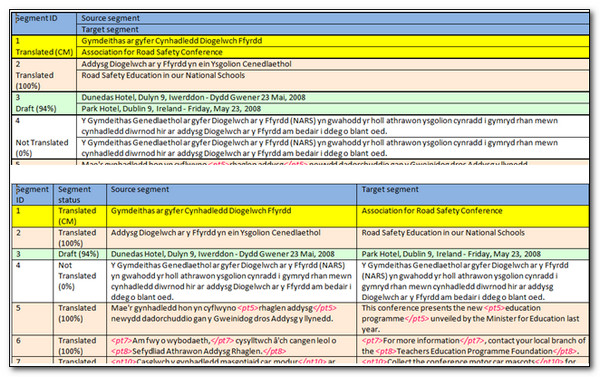 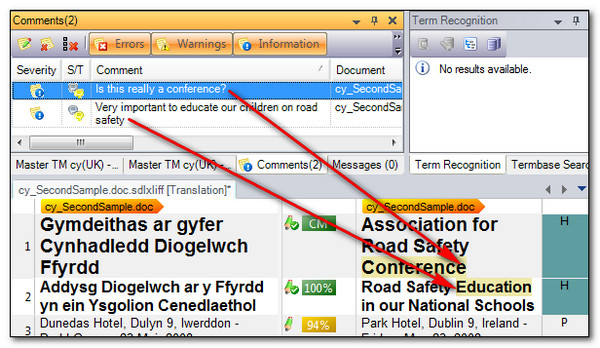 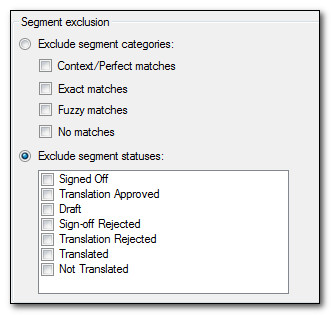