The title of this article is only half joking… half because the Terminjector provides a mechanism for filling a neat hole in the armour of Studio… and the other half because this application takes advantage of exactly what the SDL OpenExchange (now RWS AppStore) was designed to do.  It was designed to provide a mechanism for any developer to develop and plug into the Studio product to introduce capabilities that give them an advantage over anyone else, or share with others so they can get the benefit too.
In this case the developer, Tommi Nieminen, has created this plugin for himself and then published it free of charge for others to enjoy as well.  The basic idea behind the plugin is that it can modify the output of the Translation Memory before it is passed to the editor for you to use.  Why is this useful you may ask?  Well consider the following example of a document (created to demonstrate the point of course) you may wish to translate in Studio: 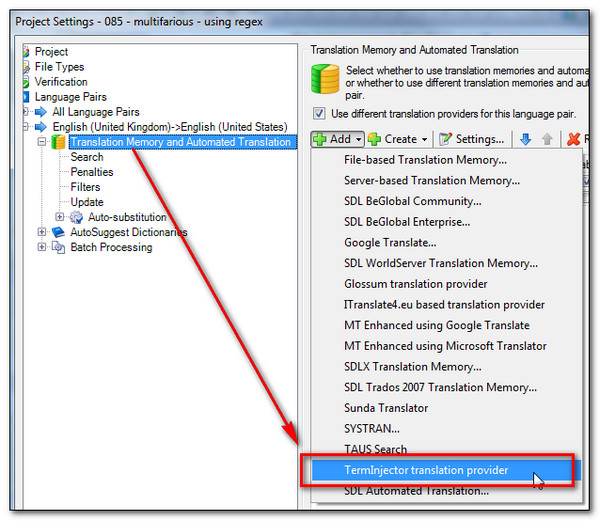 So quite lengthy and more intricate a process than I first described.  But this is incredibly powerful because I can now pre-translate the entire file and all the variable postcodes, and in addition transform the short English UK dates to long Welsh dates.  So probably not the best example to make this look easy..!
I think for most users the ability to handle huge variable lists like this is a real plus, and when you are only thinking about one thing not even difficult to set up.  So give it a try… the capabilities once you get your head around the basics are very impressive.  A really good application from Tommi Nieminen on the SDL OpenExchange (now RWS AppStore).