This application, free on the SDL OpenExchange (now RWS AppStore), has been around for about a year and a half and is one of the most popular applications on there.  It was written by Patrick Hartnett and is incredibly useful in more ways than one.  In fact it’s so useful I have referred to it quite often and used it for working around other issues in many of the articles I have written… so why haven’t I written specifically about it here until now?  The answer is I have no idea… but I should have done!  What prompted me to write now is that Patrick hasn’t released many updates to this tool, mainly because it did what was needed from the start and has been a really reliable and useful application; but he has released an update this week.
You can get a copy from here : the SDLXLIFF to Legacy Converter
The logo is quite fitting because what this application actually does is provide the ability for you to convert your files that had been prepared for a hare into ones for a tortoise 😉  So you can prepare your projects in SDL Trados Studio which gives you SDLXLIFF files, and then convert them to the following: 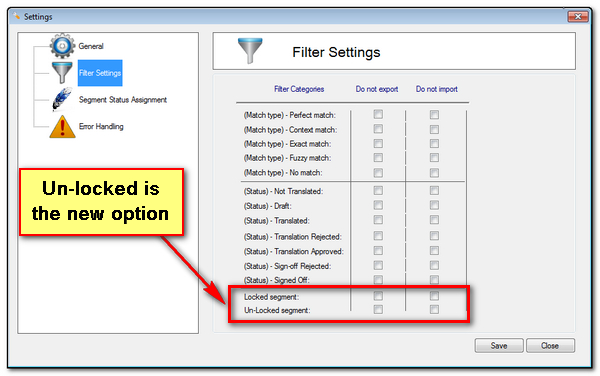 I’m sure many users of this application will be pleased to see that one!
What’s next?  Patrick is working on the release of an API (Application Programming Interface) library and command line exe so that anyone using the Studio API for automation of their workflows will be able to integrate the Legacy Converter as well.  In this way they will be able to use Studio to prepare all of their work in an automated way and prepare TTX or Bilingual Doc(x) files for those still using older, or different technology for translation.  Keep an eye on the SDL OpenExchange (now RWS AppStore) for that one!
To finish off I thought a quick demonstration of how the application works would be best, so I created a short video that I hope will be useful for anyone wondering how this excellent application works:

12 thoughts on “The SDLXLIFF to Legacy Converter”