One of the easiest, and often little known tricks in all Studio versions since the product was released as Studio 2009, is the ability to move the windows around so that you can work in the way you want.
You can do this if you work with a single monitor or double monitors… or more!  The basic idea is that you detach the windows in Studio and then just move them to where you like, either somewhere on your single monitor so that you can see the views that are more important to you on one screen, or by placing them onto a separate monitor altogether thereby maximising the screen real estate for your edting activity.
The process is this.  First you undock the window you want somewhere else by clicking on the little drop down on the top right of the window you are interested in.  In this case I’ve picked the TM Results Window:

Once you do this and you move the window you floated you’ll see some navigation controls that allow you to move the window to different locations.  This is actually pretty tricky to explain with pictures and text… a good example of where a picture doesn’t always paint a thousand words… or I need ten thousand which is sometimes thought to be the original quote.  So I have created a short video further down this post that shows you how these controls work and what you can do. 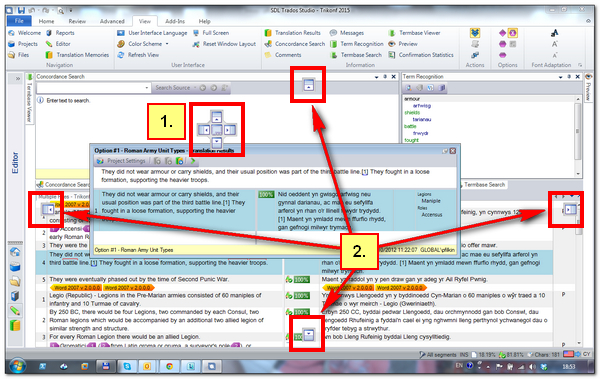 But based on the image above you can see how there are basically two controls.  The small ones numbered 2. allow you to drop the window onto the top, bottom left or right of the screen and take up the full width or height as you do so.  The bigger control has all of these four controls in 2. and also a middle control.  This larger control in 1. allows you to manipulate the window inside one of the other windows so you have tabs to access each one.  It’s all getting a little wordy and complex now so best to visit the short video to get the idea.

And just in case you don’t have time for the video at the moment, here’s a couple or three examples of the sort of thing you can do. 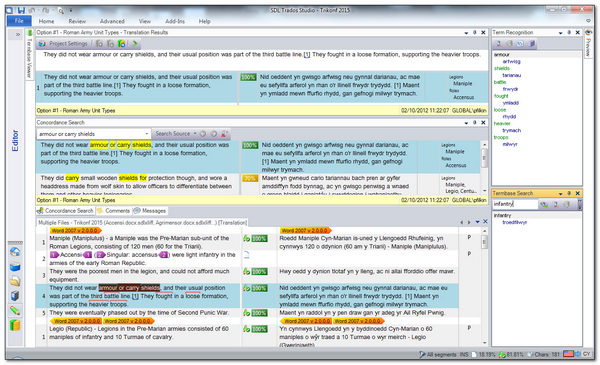 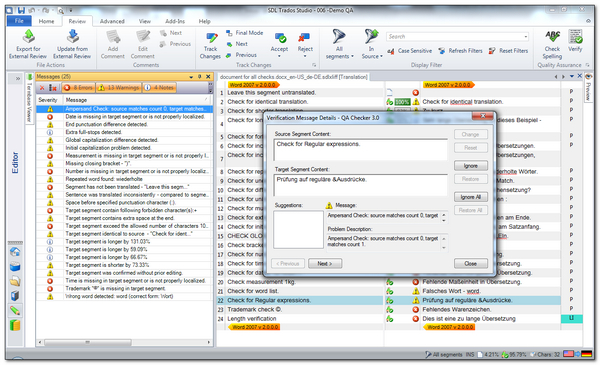 Second monitor… a bit of everything with the Translation Editor left on the main monitor! 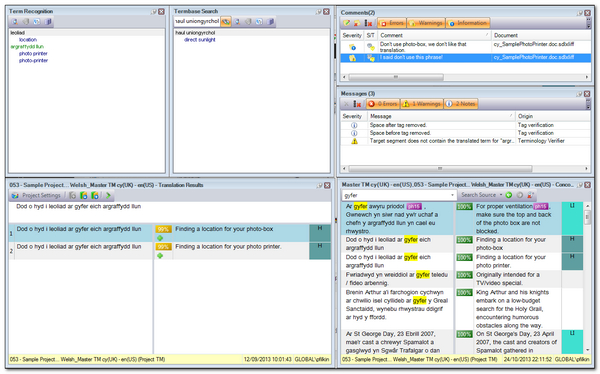 And finally what may be the most important button of all… the Reset Window Layout , or in Studio 2014 it would be Alt+V then W.

If you move the windows around a lot and want a quick way to get to where you started then this is the button you want!
The more I do this the more I can see how useful it would be if you were able to save the different window layouts so they could quickly be called up when you wanted to work on particular task.  Maybe a future enhancement!