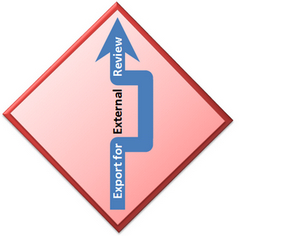 ***Updated 24 June 2017***
When Studio 2009 was launched one of the first applications on the new SDL OpenExchange (now RWS AppStore) was the SDLXLIFF Converter for Microsoft Office.  This was an excellent application created by Patrik Mazanek that paved the way for some of the new features you see in Studio 2014 today.
The idea back then was born out of a requirement to export the contents of an sdlxliff file to Microsoft Excel but with no re-import to update the translation.  If you were an SDLX user you’d probably recognise that this was something you could do in SDLX, and the request that this would be possible in Studio was coming from many SDLX users.
Déjà Vu, another translation tool, had this concept of “External Views” where you could export the contents of your translation into a couple of formats, one of them being an RTF document formatted as a table containing the source and target text.  But the neat thing about this was that you could reimport the RTF and update your translation with whatever edits had been made in the RTF.  This was very cool, and as far as I’m aware no other tool had this capability at the time, short of working in Microsoft Word on a Bilingual DOC in the first place.  So when Patrik produced his first build of the converter and announced that he had included a similar capability using DOCX in addition to the Excel export this was very exciting!
Of course this has subsequently been developed further, and eventually added to Studio as part of the core product, but it can do a lot more now including handling comments and tracked changes in a very intuitive way.