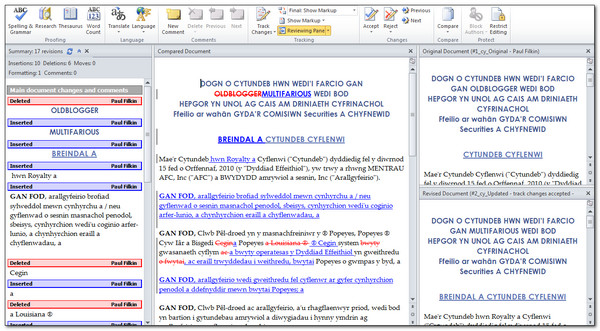 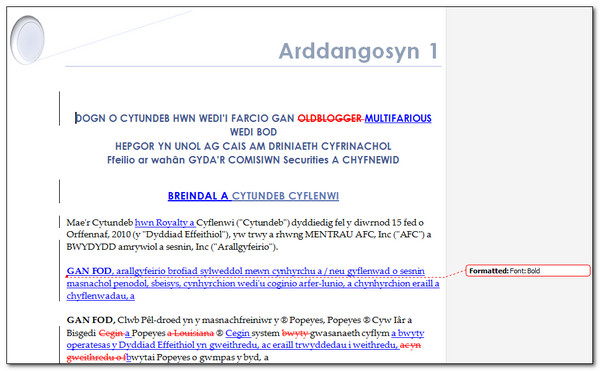 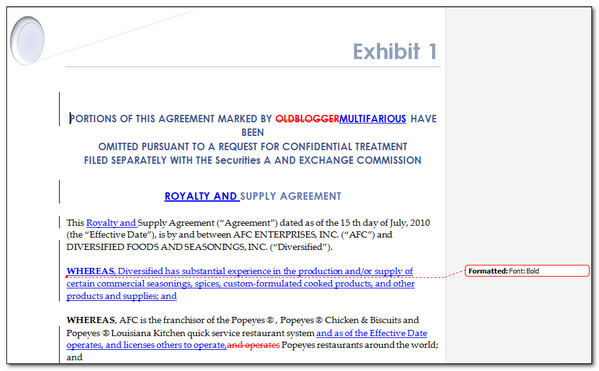 However, we haven’t addressed how to get the changes made by the reviewer in the target document, which of course you as the translator want, and as part of a properly documented and controlled process you want this too.  So another very important point to note is that the External Review export that is now part of Studio 2011 SP2 (The SDLXLIFF Converter for Microsoft Office from the SDL OpenExchange (now RWS AppStore)) will create the document for review with the tracked changes like this: 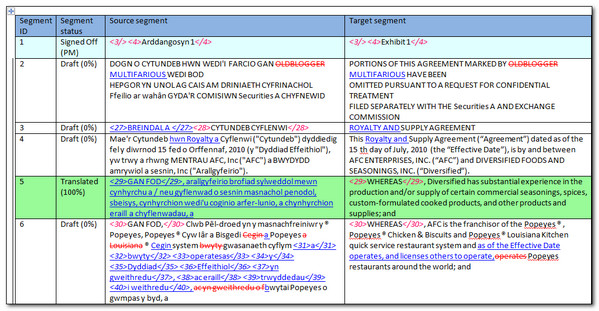 So if the reviewer accepts/rejects/amends the changes in this document then it can be imported back into Studio at the end without the need for any double handling and potential errors from manual  transposition.  Then the final target document can be produced from the bilingual file, Translation Memories can be updated, the bilingual file can be stored safely for future leverage using Perfect Match and the process is complete.
This is quite a long post, so I hope you’re still with me as I wanted to mention one more thing.  The SDL OpenExchange (now RWS AppStore) (my favourite subject) can provide you with the ability to create customised Package formats that might be more appropriate for your workflow.  So for example we have a special package format available for Pharmaceutical Companies that contains documents used in their very specific processes during the translation and review process.  In Studio, with the right license, you will see this:

7 thoughts on “Making use of the Studio Track Changes features”