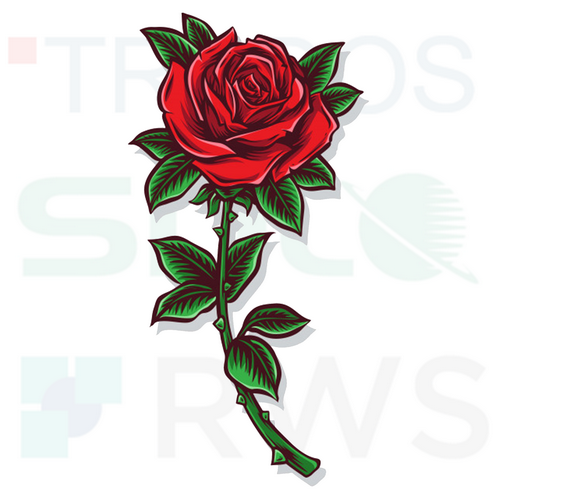 “What’s in a name? That which we call a rose
By any other name would smell as sweet.”

In Shakespeare’s soliloquy, Romeo and Juliet, Juliet isn’t allowed to be with Romeo because his family name is Montague… sworn enemies of the Capulet family.  Of course she doesn’t care about his name, he’d still be everything she wanted irrespective of what he was called.  The rose would still smell as sweet irrespective of what it was called.  “Trados”, “SDL” and “RWS” have endured, or enjoyed, a feuding history as competitors in the same industry.  Our names are our brand and now that they’re changing do we still smell as sweet?  Sadly things don’t end well for poor Romeo and Juliet… but in our story we fare a little better!

Trados… Trados was first launched in 1984 in Stuttgart, Germany (the same year I joined the Army, and was posted to Hameln, Germany), it was acquired in 2005 by SDL (the year before I joined them), and now in 2020 SDL has been acquired by RWS.  In all that time the name “Trados” has never gone away.  When SDL took the reins the name became “SDL Trados” and behind the scenes we tried really hard to drop the name “Trados”.  This was mainly because of the introduction of “SDL Trados Studio” where people spoke about “Trados” for everything and at the time you didn’t know whether they were referring to “Studio” or the old “Translator’s Workbench” and “TagEditor”.  We wanted a clear distinction because “Trados”, like Montague, carried a lot of baggage from the past and we wanted to start afresh, improving support, product and everything we did.

But despite our best efforts the name “Trados” would not go away.  When we launched “Studio” all the old “Trados” users said it was just “SDLX” which was the competing product developed by SDL.  The “SDLX” users said it was just “Trados” with a different skin.  The truth is it’s more “Trados” than “SDLX”… and in many ways this was an unfortunate decision, but it was driven by the market leaders at the time, “Trados”, who were certainly leading the charge in our development teams.  Under the hood I think “SDLX” might have been a better choice to base the new “Studio” on… but no use crying over spilled milk!

Interestingly my wife, who doesn’t work in this industry, could associate with the work I was doing when I used the name “Trados” and found the suggested name “SDL Studio” a bit… well… nothing!

So, what’s in a name?  Apparently everything from how it’s influenced the development of the tools we use today, to how it is instantly familiar and preferable to someone who knows nothing about what we do.

Today we’re part of RWS and now we’re faced with the question of what do we do with the brand name SDL?  So let’s look at how this is going to affect us as users of the technology… will it be RWS Trados Studio, rwsxliff, rwstm etc?  The answer to this is threefold:

I’m not going to talk more about the legal aspects as I’m not qualified to do so… but hopefully the information in point 3. is enough for most people.  If it’s not I’d recommend you contact your account manager, or your contact in RWS, and discuss your situation with them.

I’ll keep this simple and just list some of the products that we intend to rebrand over the coming months, and also a few that we don’t control but will be changing as well… old name on the left and new on the right!

First, the ones the readers of this blog are likely to be the most familiar with…

Generally you can see the idea… all products with the exception of Trados Business Manager (which was BaccS) are reverting to their original and well-known brand names (Trados, Passolo, MultiTerm).  Language Cloud and the AppStore are more of a platform and these will adopt RWS in the names.

On the AppStore… there are over 300 plugins and standalone applications related to Language Technology (the others would be Web Content… another part of the business that has also wrestled with rebranding) and 55 of these are related by name to the Trados family of products, SDL Machine Translation, Kaleidoscope.  Or rather 55 have these names AND they are maintained by the AppStore team.  I’m not going to mention all these apps in here… but you will start to see some changes over the coming months.  For example, here’s a few we have already changed:

So the same principle for rebranding applies here as well.  Any apps developed by other developers who are not part of RWS we will not be changing.  It makes sense for those developers to adopt the same strategy as eventually the old names will be forgotten… but they can do this in their own time.  A name change may seem trivial to you, but it’s not.  It affects the way the apps are integrated into the products and the way they are recognised for updates, it affects websites, marketing material and many other things.  So we can only put a timescale to our own efforts and will support others as much as we can to help their transitions in the future.

A bigger surprise relates to “SDL Machine Translation” which you may already be aware of as the press announcements went out earlier this week.  Even though it’s a surprise it still follows the same principle of adopting the original and well known brand names.  The “Language Weaver” brand is very well known in the research community already, and its name originated from Warren Weaver who was a pioneer of machine translation back in the 1940’s.  Notwithstanding that, I noticed that Jost Zetzsche tweeted earlier this week about how beautiful the term “Language Weaver” is and he’s absolutely right.  I’m certain this was also not lost on the original founders of “Language Weaver” back in 2002.

SDL acquired them in 2010 and name gradually disappeared.  I’m really glad to see it back!  Where this will be obvious to Trados Studio users is in the use of these products:

You may not see all these changes in the translation products just yet… but over the coming months it will happen.  Hopefully, if you’ve read this far there will be no surprises or confusion!

If you’re interested to learn more about the changes related to machine translation products at RWS, as I have not mentioned “Iconic Translation Machines” who will also be adopting the “Language Weaver” brand, then I’d recommend you visit the new Language Weaver website and watch the video series there.

I’ve been asked many times already, and I’ve even seen some rather “interesting” discussions in the public forums, about SDLXLIFF, SDLTM, SDLFTSETTINGS, SDLPPX etc.  Are we going to change these to RWS?

The answer is no… we are not.  A couple of technical reasons why…

A couple of lies I just made up…